A first mural for Town of Mount Royal: The Townschool Council collaborated with MU to create a work representative of the Town

Mount Royal, August 19, 2015 – Town of Mount Royal and the arts organization MU today inaugurated the Town’s very first large-scale mural at a festive ceremony hosted by Mayor Philippe Roy. Produced by MU, the work was painted in the last few weeks by Ilana Pichon, a young, next-generation artist, on the wall of a commercial building located at 1757 Graham Boulevard.

Titled //\\//\\, the mural showcases the Town’s colours and history. Mount Royal’s urban plan was used as a canvas on which to depict the Town’s unique character, railway-related founding and rural past. The motifs refer to the once world-famous melons, to the rose gardens and green spaces woven into the Town’s modern-day fabric and to the importance of trains to its development.

“Several Townies closely tracked the mural’s progress over the last few weeks,” noted Mayor Roy. “It was one thing to hear about the mural last spring, but it’s another to see it today. Along with the Townschool Council and MU, I was present throughout the design process and now that I see the mural brought to life, I am truly impressed. The selected artist, Ilana Pichon, has created an extraordinary work of which we are all very proud.”

“I am delighted we have been able to create a mural that celebrates a town’s history with a design so contemporary,” said Elizabeth-Ann Doyle, MU’s General and Artistic Director.

Holding a degree in architecture from Université Laval, Ilana Pichon was selected to create the mural by the Townschool Council and Town of Mount Royal elected officials following a public call for proposals that took the celebrated Montreal melon as their theme. A few of the young Townschool Council members lent Ms. Pichon a hand to paint the motifs as well as the legend located at the bottom of the work.

The mural was produced by MU and made possible by funding from Town of Mount Royal and a contribution from Benjamin Moore. 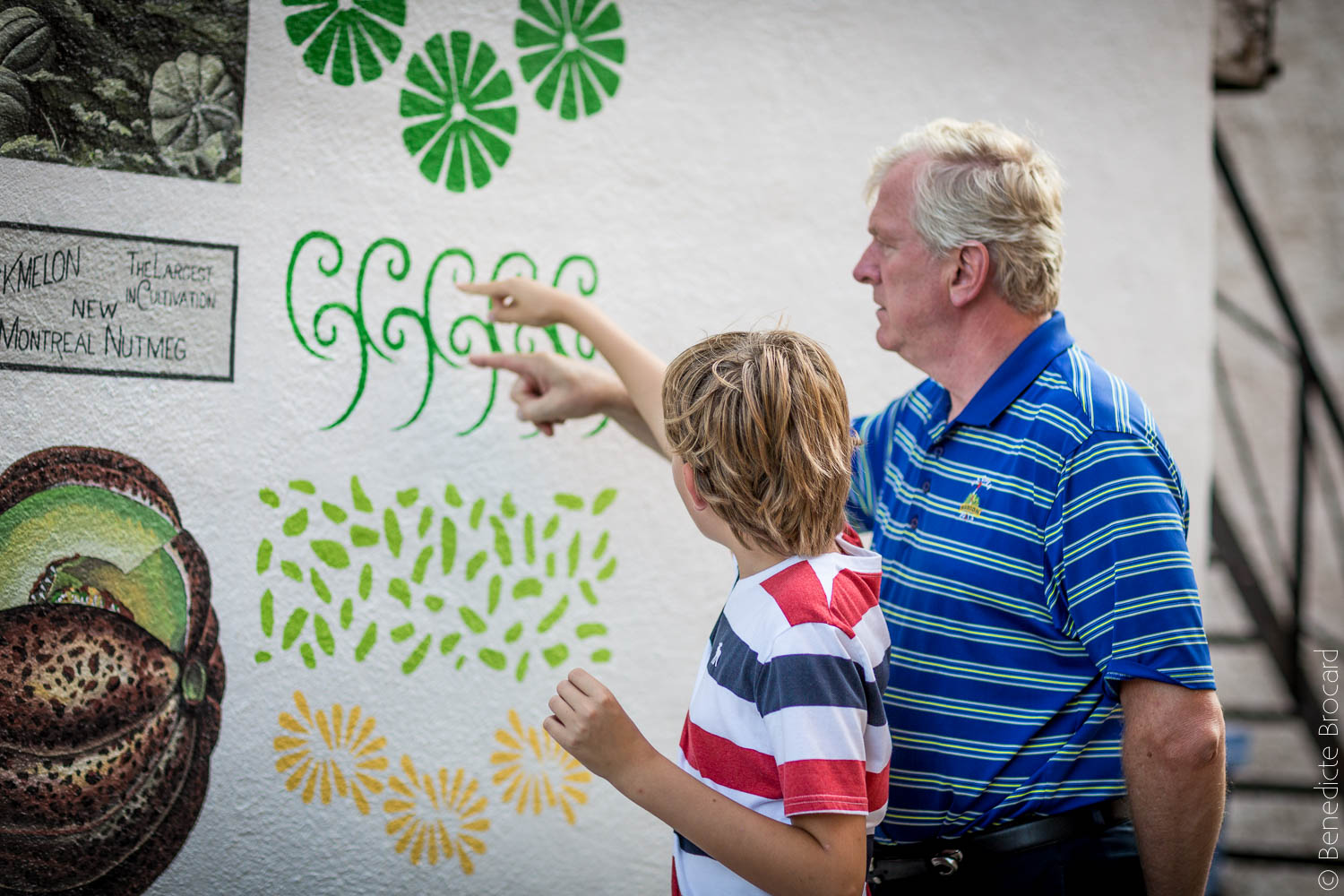 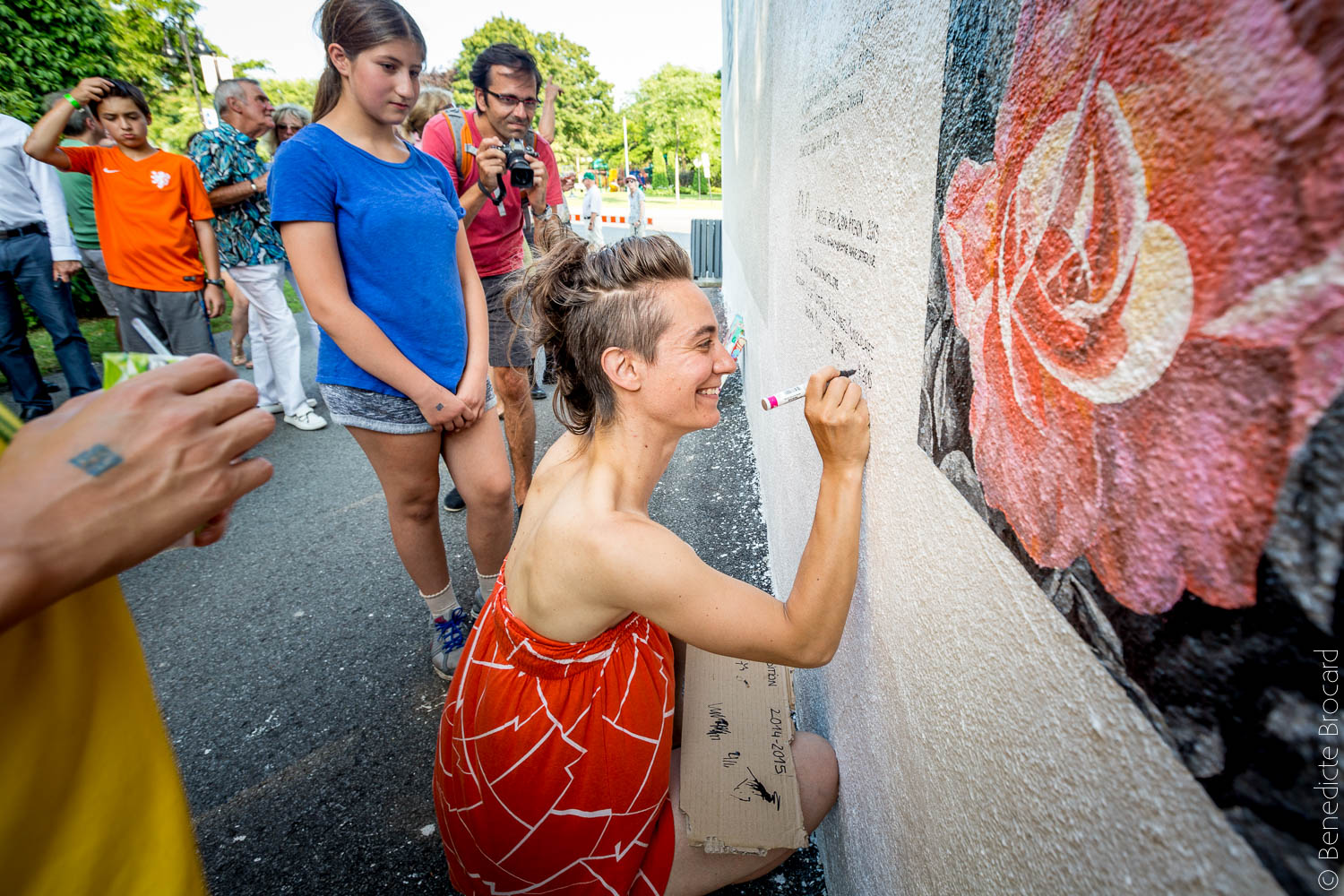