Last Wednesday at Town Hall, Mayor Philippe Roy and a few town councillors had the pleasure of welcoming Michael Mina, a young Townie and recipient of the Lieutenant Governor’s Youth Medal. During this gathering, Michael was asked to sign the Town’s Golden Book to commemorate his involvement.

Indeed, 17-year-old Michael Mina is increasingly involved in his community, all while maintaining an excellent academic standing at Collège Stanislas in Montreal. For more than a year, he has been volunteering at Hôpital Sainte-Justine to relieve the boredom of children and their parents waiting in the emergency room. He is also a member of his school’s community and environmental committees, through which he has been able to develop major projects such as making Christmas baskets for the less fortunate and setting up drop-off points for recyclable materials. In addition, he participated in a humanitarian trip to Costa Rica, where he helped a community recover from a hurricane.

One thing is certain: the involvement of this young citizen is remarkable, and his future as a medical student is bright. 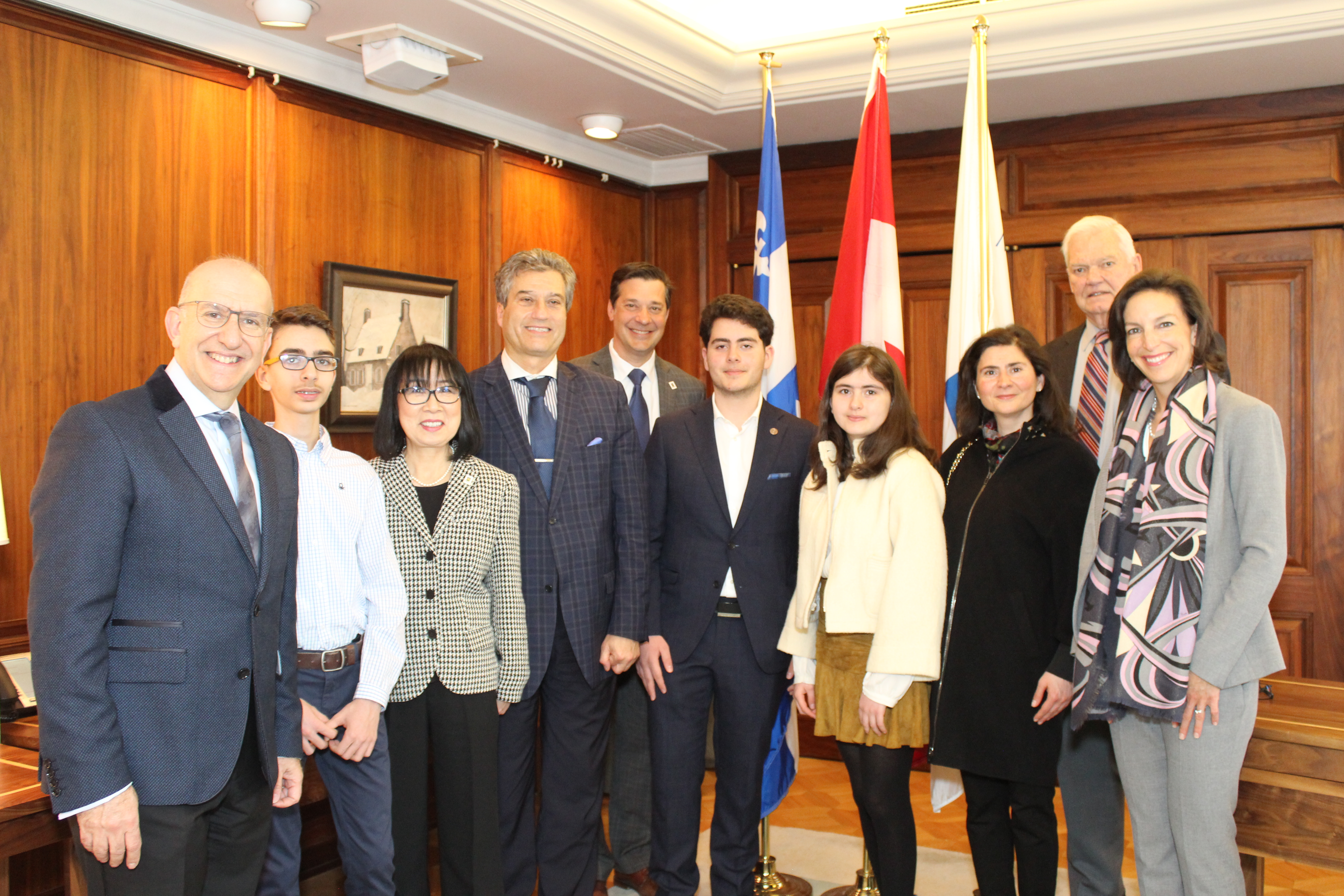