Find everything in just one place: the library’s new titles, including new DVDs, and our staff's picks.

For practical reasons, selections differ between the English and French versions of this page. We invite you to visit us in both languages.

Mary Kubica
She tried to run, but she can’t escape the other Mrs. Sadie and Will Foust have only just moved their family from bustling Chicago to small-town Maine when their neighbor Morgan Baines is found dead in her home. The murder rocks their tiny coastal island, but no one is more shaken than Sadie.
Full description

The Girl with the Louding Voice

Abi Daré
Adunni is a 14-year-old Nigerian girl who knows what she wants: an education. This, her mother has told her, is the only way to get a "louding voice"—the ability to speak for herself and decide her own future. But Adunni's father sells her to be the third wife of a man who is eager for her to bear him a son and heir.
Full description

Charles Yu
Willis Wu doesn't perceive himself as a protagonist even in his own life: he's merely Generic Asian Man. Every day, he leaves his tiny room in a Chinatown SRO and enters the Golden Palace restaurant, where Black and White, a procedural cop show, is in perpetual production.
Full description

The Light after the War

Anita Abriel
It is 1946 when Vera Frankel and her best friend Edith Ban arrive in Naples. Refugees from Hungary, they escaped from a train headed for Auschwitz and were hidden by farmers until the end of the war while the rest of their families perished.
Full description

Witches: The Transformative Power of Women Working Together

Sam George-Allen
Covens. Girl Bands. Ballet troupes. Convents. In all times and places, girls and women have come together in communities of vocation, of necessity, of support. The author explores how wherever women gather, magic happens.
Full description

Mengele: Unmasking the "Angel of Death"

David G. Marwell
One of the most notorious war criminals of all time, Dr. Mengele has come to symbolize both the evil of the Nazi regime and the failure of justice in the postwar world.
Full description

The Scientist and the Spy: A True Story of China, the FBI, and Industrial Espionage

The Scientist and the Spy: A True Story of China, the FBI, and Industrial Espionage / Mara Hvistendahl
In September 2011, sheriff's deputies in Iowa encountered three neatly dressed Asian men at a cornfield that had been leased by Monsanto to grow corn from patented hybrids.
Full description

Anna Wiener
In her mid-twenties, at the height of tech industry idealism, Anna Wiener—stuck, broke, and looking for meaning in her work, like any good millennial—left a job in book publishing for the promise of the new digital economy.
Full description

Look at a list of our new DVDs (adult/children) as of January 2020.

-
Montreal. Sophia, a brilliant young unemployed woman, lives with her brother Karim. Their relationship is put to the test when Karim, an inveterate seducer, falls head over heels in love with Eloïse, Sophia's gynecologist...
Full description 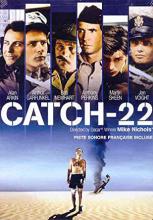 -
Based on the acclaimed Joseph Heller novel, Catch-22 follows the adventures and misadventures of a US air squadron in Italy in World War II, where the real enemy of the soldiers is actually the bureaucracy of the military.
Full description

The Art of Racing in the Rain

-
Based on the best-selling novel by Garth Stein, this is a heartfelt tale narrated by a witty and philosophical dog named Enzo.
Full description 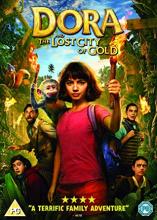 Dora and the Lost City of Gold

-
Having spent most of her life exploring the jungle with her parents, nothing could prepare Dora for her biggest challenge yet: High School.
Full description