Find everything in just one place: the library’s new titles, including new DVDs, and our staff's picks.

For practical reasons, selections differ between the English and French versions of this page. We invite you to visit us in both languages.

The Lost Diary of Venice

Margaux DeRoux
Rose is a book restorer. One day, a struggling painter appears at her door. William brings with him a 16th-century treatise on art, which Rose quickly identifies as a palimpsest: a document written over a hidden diary that had purposely been scraped away.
Full description

The Son of Good Fortune

Lysley Tenorio
After spending nine months in the desert of Southern California, 19-year-old Excel Maxino ("like the spreadsheet") tries sneaking back into his old apartment via the fire escape but finds himself at the business end of a switchblade, wielded by his mother, Maxima.
Full description

S.A. Cosby
A former getaway driver who thought he had escaped the criminal life is pulled back in by race, poverty, and his own former life of crime. Beauregard "Bug" Montage is a man with many different titles: husband, father, friend, honest car mechanic.
Full description

Mike Lupica
When a body is discovered at the lake in Paradise, Police Chief Jesse Stone is surprised to find he recognizes the murder victim—the man had been at the same AA meeting as Jesse the evening before.
Full description 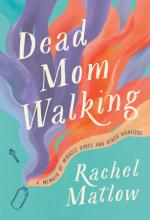 Dead Mom Walking: A Memoir of Miracle Cures and Other Disasters

Rachel Matlow
When her mother is diagnosed with cancer, Rachel Matlow is concerned but hopeful. It's stage one, so her mom will get surgery and everything will go back to normal. But growing up in Rachel's family, there was no normal.
Full description

The Survival of the Friendliest

Brian Hare
For most of the approximately 200,000 years that our species has existed, we shared the planet with at least four other types of humans. They were smart, they were strong, and they were inventive. Neanderthals even had the capacity for spoken language.
Full description

Black Fatigue: How Racism Erodes the Mind, Body, and Spirit

Mary-Frances Winters
Winters describes how in every aspect of life—from economics to education, work, criminal justice, and, very importantly, health outcomes—for the most part, the trajectory for Black people is not improving.
Full description

Battlegrounds: The Fight to Defend the Free World

H.R. McMaster
Across multiple administrations since the end of the Cold War, American foreign policy has been misconceived, inconsistent, and poorly implemented. As a result, America and the free world have fallen behind rivals in power and influence.
Full description

Look at a list of our new DVDs (adult/children) as of September 2020.

Portrait of a Lady on Fire

-
France, 1760. Marianne is commissioned to paint the wedding portrait of Héloïse, a young woman who has just left the convent.
Full description 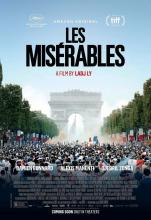 -
The film, set in the commune of Montfermeil in the aftermath of the 2018 FIFA World Cup, is based on a real-life occurrence of police violence which took place in the city.
Full description 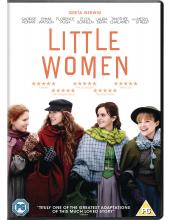 -
Writer-director Greta Gerwig has crafted a film that draws on both the classic novel and the writings of Louisa May Alcott and unfolds as the author's alter ego, Jo March reflects back and forth on her fictional life.
Full description

-
Poppy and Branch discover that they are but one of six different Trolls tribes scattered over six different lands and devoted to six different kinds of music: Funk, Country, Techno, Classical, Pop and Rock.
Full description