It was with great pride that the Town’s elected officials, including myself, announced on August 19 that a new public space—a plaza of some sort—will be created above the railway that runs through Town centre. This is excellent news. The outcome of several months of challenging negotiations with CDPQ Infra, developer of the new REM rapid transit system, the Town has today obtained the air rights for the segment of the railway between Cornwall Bridge and Graham Bridge expressly for the purpose of building an entirely new public space.

Townies have dreamed of joining together the east and west halves of Town for several decades now. The new public space, whose total surface area is 2,100 m2 (about 23,000 square feet), will, to a large degree, accomplish that. To give you an idea of the space’s size, the surface area will be comparable to that of Peace Park in front of Town Hall. In Mount Royal, we will soon have an unexpected community space, an entirely new gathering place that will help dynamize the neighbourhood, especially as we want to make the space into something extraordinary.

We plan to consult with residents in the coming year. The goal is to imagine, together, what this public space should look like. Personally, I imagine a green, user-friendly plaza, crossed by a safe bike path and acting as a new entrance to the bigger Connaught Park. And you?

Our garden city was designed by renowned urban planner Frederick Gage Todd to be a true TOD (transit-oriented development), which is to say a community naturally focused on its centre, a point of convergence for local businesses and public transit.

Today, this new public space that we are announcing and that will be located directly in front of the new REM station seems almost to be a fulfillment of the vision of Frederick Todd. It will bring a new energy to Town centre and will surely add to our garden city’s appeal. To be continued… 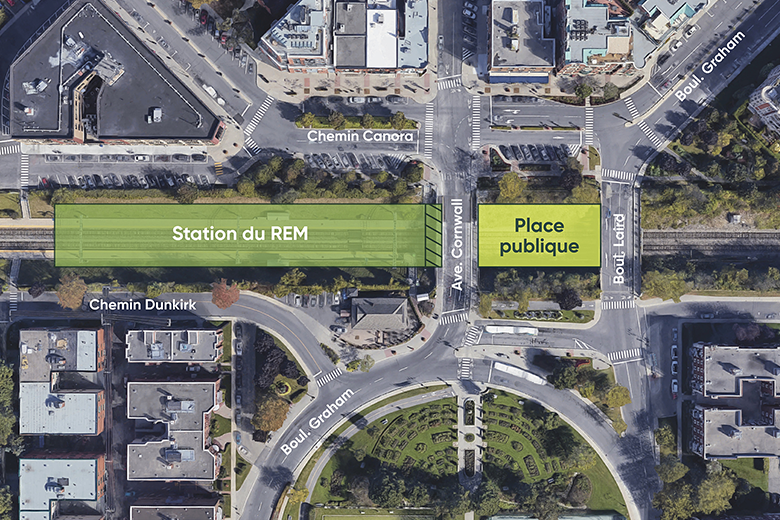